Temperate Orchard Conservancy (TOC), was established in March 2012 and is an Oregon nonprofit Corporation 501(c)3 dedicated to preserving and sharing the genetic diversity of tree fruits that can be grown in the temperate climate zones of the United States and other countries. The organization is committed to conducting research in the areas of tree fruit identification and genetic testing. TOC began by cloning the Botner collection as well as other select orchards, and it continues to search for lost varieties hiding in abandoned orchards and overgrown homesteads. Each spring volunteer hands graft new trees, perpetuating these long-lost treasures.

TOC has attracted the attention of Cary Fowler, former executive director of the Global Crop Diversity Trust, and founder of the Svalbard Global Seed Vault buried deep beneath Norway’s permafrost. Cary believes that protecting the diversity of tree fruits is directly in line with his mission to preserve the genetic diversity of the world’s seeds.  He has assisted TOC in obtaining two large grants. In 2015, the grant provided the funds necessary for fencing the 17-acre Botner Block and the one-acre Dunlap Block. Thanks to a second generous donation from Cary and his wife Amy Goldman, the agricultural well and irrigation system is completed and, during our hot summers, water the thousands of trees planted in the Botner Block. TOC is deeply indebted to Cary for his encouragement, expertise and support. Each year the number of trees planted increases. TOC’s is thankful for the many donations received from enthusiastic people from around the country and for the dedicated volunteers who make this all possible.

For more on Cary Fowler, please click on the links below:

Information about Seeds of Time, a documentary that chronicles Cary Fowler’s efforts.

The Heart of TOC 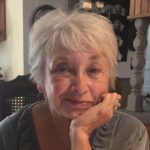 Temperate Orchard Conservancy was the dream of Joanie Cooper, the founder and President of the organization. Joanie envisioned a successful farm, resplendent with fruit trees. The Apples of New York are just two of many book series she studies to uncover the mysteries of heirloom apples. When an apple is rediscovered, it can start anew at Almaty Farm. TOC is a foundation for apple diversity; a safe haven for the many fruits that were once “favorites” but have slipped into obscurity. Joanie’s dream has become reality. With continued work, Almaty farm will be the reservoir of apple genetics for the world.  The future beckons.